Happy Flash Friday Everyone!  I had a completely different Flash Friday planned for today but when DC’s new solicits hit I knew that we needed to talk about them.  That means there will be a Flash Friday next week also.  So what new DC products are so important that I’m bumping another article? 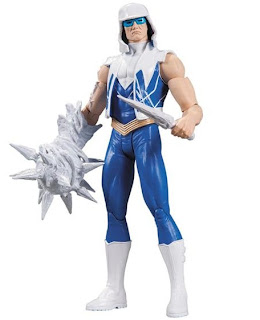 The big news of course is that the New 52 version of Captain Cold is getting an action figure.  I know that some people hate the new redesigns used in the current comics.  There are people that hate that the Rogues lost their gadgets and have powers now.  I get that.  I may even feel the same way, but the above figure does reflect the way Cold looks in the current comics.  Its worth mentioning any time we get a new Flash related figure.  I probably won’t be getting picking up this figure.  I’m buying less and less action figures as space becomes an issue. 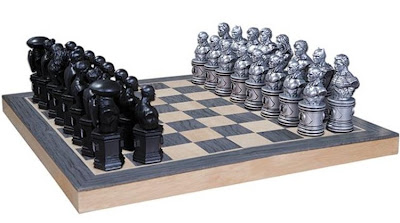 The other item worth mention is the Justice League chess set.  Both the Flash and the Reverse Flash are represented in this set as pawns.  At first I was let down the Flash was considered a pawn.  Then I started rationalizing to myself that it’s because his speed makes him look like he is in multiple places on the board at once.  I told myself that any good chess player knows that pawns can be important pieces.  Finally I just said that we’re lucky he was included at all and to be happy about it.  It’s a nice looking chess set with a $250 price tag.  Besides if you want to really feel bad for someone Aquaman really is a king and he is being used as a rook.
Posted by Ken O at 9:45 AM