Before we get started with today’s updates we need to get a few things out of the way.  We’re talking about Robotech.  Yes, I know Robotech was originally three cartoons before Harmony Gold combined Super Dimension Fortress Macross, Super Dimension Cavalry Southern Cross, and Genesis Climber MOSPEADA.  There may also be spoilers for a cartoon that came out in 1985, so if for some reason you want to view the series for the first time you probably want to skip the next paragraph. 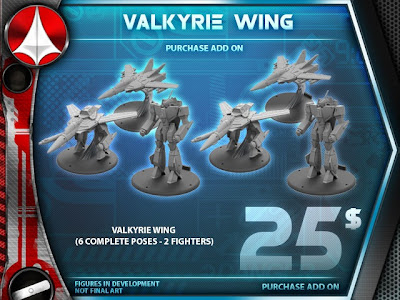 I was 9 when Robotech started airing on television.  Despite the fact that my local television station didn’t always air the episodes in order I was fascinated by it.  It’s the first cartoon I can remember that didn’t talk down to the audience.  There was a lot going on in those plots and while the younger me might not have understood all of it, I was never lost.  I can still remember the impact Roy Fokker’s death had on me; people in cartoons weren’t supposed to die.  Most people think of the Macross saga when they hear the name Robotech.  My personal favorite was the New Generation but Macross saga has Khyron.  Khyron was so cool he made sitting through Minmay scenes almost bearable. 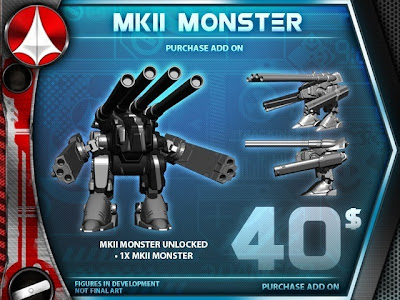 So why am I talking about Robotech today?  Palladium the long time holders of the Robotech RPG license have created a Kickstarter for a Robotech Tactics game.  When I say Palladium has had the license for a long time, understand that I used to play the Robotech role-playing game they created back in high school.  Their newest game is going to fill your table with Macross saga veritechs and Zentraedi battle pods.  As of this writing there are 20 days left to go in the Kickstarted and it is already fully funded.  They’ve actually made enough to fully fund the project 6 times.  Palladium is going above and beyond and adding stretch goal after stretch goal. 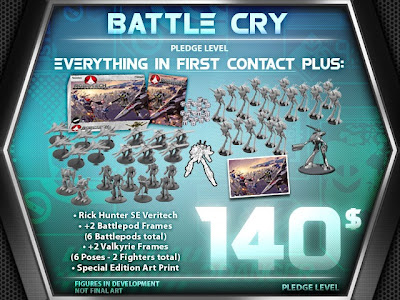 There are numerous different levels that you can pledge.  The level I want to talk about is their Battle Cry level.  It isn’t cheap, that level will cost you 140.  But for that you’ll get a 90+ page rule book, 12 Zentraedi dice, 12 UEDF dice, 40 game cards, an art print, and 45 game pieces (including the Kickstarter exclusive Rick Hunter veritech).  That’s the basic set.  You also get another 14 game pieces that have been unlocked by the stretch goals.  Roy Fokker’s Veritech is included in those pieces, like Rick he is also a Kickstarter exclusive. 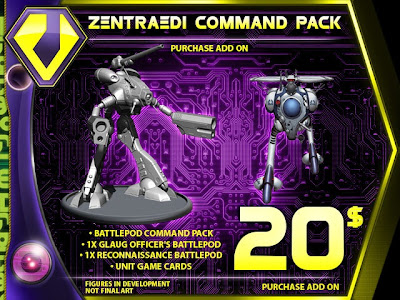 That’s a fantastic amount of plastic to move around your table.  You could have 10 Veritechs and 4 Destroids defending the Earth against 21 Regult Battlepods, 2 Reconnaissance Battlepods, and 2 Glaug Officer’s Battlepods.  If that isn’t enough for you there are plenty of add-ons to purchase.  You can buy extra Battlepods of all types.  Or extra Veritechs.  Or Gnerl Fighters. Want some real firepower?  The MKII Monster is available for 40 bucks.  If you’re a fan of tabletop war games or just a Robotech fan this is a Kickstarter you need to check out.  With 20 days left to go I’m excited just to see what else is coming.
Posted by Ken O at 8:51 AM