When the WWE 13 game came out I picked it up because I love wrestling video games and it was full of “Attitude Era” nostalgia.  I quickly started filling the save slots with my own created characters and used less and less of the real life wrestlers in the game.  What I didn’t expect was that it would get me watching and enjoying wrestling again.  It’s been a few months now and Wrestlemania is upon us.  This is the biggest show of the year for the WWE and I want to watch it. 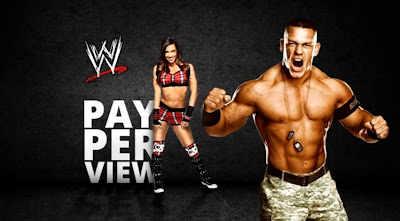 Now I have cable, but to save money we went to the most basic version.  So the digital channels, DVR boxes, and other things all went back to the cable company.  When Wrestlemania was announced I said, if it isn’t too much hassle to order it I’ll get it and invite some friends over.  Well, getting it through the cable company pretty much meant bring the DVR and digital stuff back into my house.  By getting rid of all that I was saving 30 bucks a month, I wasn’t diving back into it.

Thankfully X-Box came to the rescue.  Yesterday they released the WWE PPV App.  Now I can pay for the PPV on their website, enter the code into my X-Box, and watch Wrestlemania.  I didn’t see anything about it on the X-Box’s dashboard so I wanted to talk about it here.  Hopefully it saves someone else from ordering a cable box just for the PPVs.
Posted by Ken O at 9:41 AM

Email ThisBlogThis!Share to TwitterShare to FacebookShare to Pinterest
Labels: Wrestling