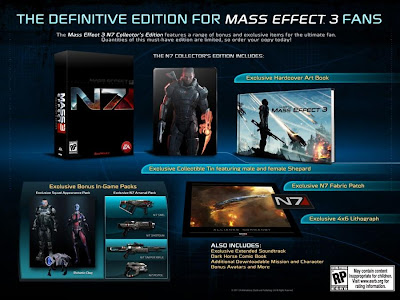 Thankfully Ashley doesn’t looks cross-eyed like she did back in ME2. In other ME3 news Casey Hudson has confirmed that players can change their Shepard’s appearance. He also stated that they have been able to improve existing hair options and have added new ones. On top of that, you can set your helmet to on, off, or on except for conversations. Also a new novel titled Deception will be coming out in the fall. Bioware apparently is going to have a big presence at SDCC, so we should see more ME3 news after that.
Posted by Ken O at 5:00 AM