Do they have Penatly boxes in Heaven?

Bob Probert died Monday. He was boating on Late St. Clair with his family where they said he collapsed due to chest pains. He was only 45 and he leaves behind a wife and four children. The name Probert probably doesn’t sound familiar to most people reading this. He was my favorite Hockey player. 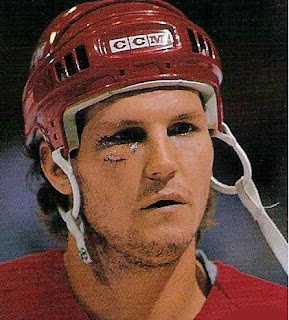 He was drafted to the Red Wings in 1983 and played with them from85 until 94. Afterward he played for the Blackhawks from 95-02. In 87-88 he was in the all star game for putting up 29 goals and 33 assists; he did all of that the season he served 398 minutes in the penalty box. Career wise he had 3,300 penalty minutes in 935 games; 5th highest in the NHL record book. He holds the Red Wings franchise records for career penalty minutes and penalty minutes in a season.

More 24 after the break. 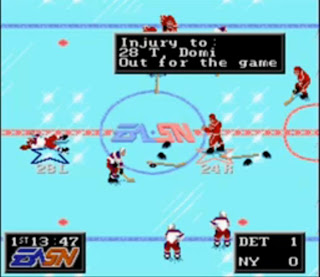 He was famous for putting people into the boards, but I still remember when he was really in his scoring prime. He’d power through other players and bury a puck into the net. I was hooked. Growing up I think I had 4 different NHL games on the Genesis. I remember cycling through players as quick as I could to get to that number 24.


The day of my wedding, Bob Probert was there. Not in person, I’m sad to say I’ve never met him. But there in a hotel room with all my friends was a laptop. As we got suited up in the tuxedos, YouTube was playing fight highlights from Bob’s career. I remember watching one of the numerous bouts with Tie Domi as I was buttoning my shirt. I’d seen the fight at least a dozen times, but we were all cheering along. 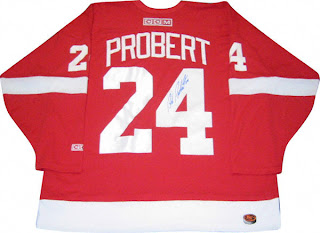 Probert had well documented problems with drugs and alcohol; which led to problems with the authorities. Things had been pretty quiet lately, he had done some appearances. At least from checking the headlines, things were looking up. Again, I never met the man. I grew up watching him play hockey though and I miss being able to cheer for him. I’m sorrier for the friends and family he left behind and I'm sorry that he left everyone so early in his life. 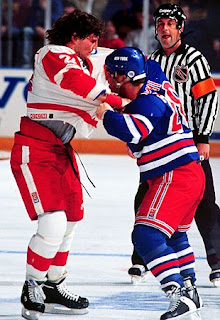 I think this quote I found from Joe Kocur will say it far better then I can.

“This is a very sad day for Red Wings fans as we have lost one of the toughest players, best power forwards and all-around great guys who ever wore the Winged Wheel. My favorite memory of Bob would be sitting down before a game, going over the opposing lineup and picking and choosing who would go first and if the goalie would be safe or not. It was great to be able to go out on the ice knowing that he had my back and I had his. He was like the brother I never had.” –Joe Kocur
Posted by Ken O at 12:22 AM