There is a Young Justice Cartoon coming out for the Cartoon Network. Instead of the team directly from the comics the team will be Robin, Superboy, Kid Flash, Miss Martian, Artemis, and Aqualad. The new Aqualad is just showing up in comics now. The Kid Flash looks like it could end up being Wally, which is odd because the picture of the adult Flash also looks like Wally. And then there is Artemis. Who is she? Anyway, lots of talks and sneak peaks about this show are going on in San Diego right now and I have a theory. 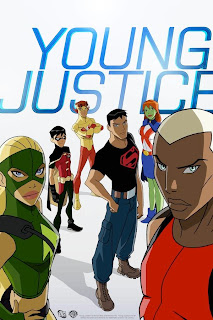 Possible spoilers to follow, so I figured I’d warn everyone; although it is hard to call them spoilers when most of this is going to be me making things up

Check out my total guess after the jump.

Here we go. Artemis is going to die. They will make her cool. You all are going to get over her not being Wonder Girl or Arrowette and then...they are going to kill her. 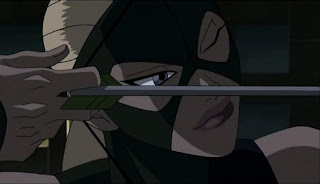 What proof do I have? Let’s start with a cool video they have over at CBR. Greg Weisman, one of the producers says, “This is a show where not everyone is going to survive.” And he follows with, “Some people aren’t going to make it.” 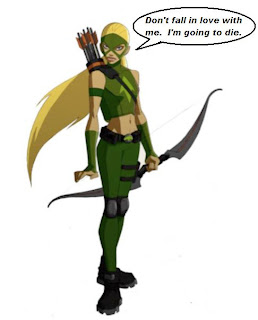 Now I’m going to follow that with what Geoff Johns said at the DC Nation Panel. When asked why it was Artemis and not a Wonder Girl in the Young Justice cartoon he said, “They had a story they wanted to tell, and it was not a Wonder Girl story, but they do have plans for WG and Arrowette.” Thanks to Kelson from speedforce.org for live blogging the panel BTW. 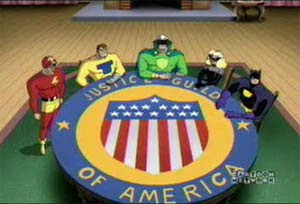 So we know that the two characters Artemis resembles are going to be used eventually in the cartoon. We know that someone is dying. To me, this screams of the situation the Justice League team ran into when they did the episode Legends. The cartoon wanted to use the JSA but the plot of that episode would have turned out that they were all dead. DC wasn’t too thrilled with the idea so the cartoon created the Justice Guild. They looked just enough like their JSA counterpart that you knew who it was supposed to be. Now we have a new cartoon promising death, and a completely new character whith no comic counterpart.  Artemis is going to die.

I could be totally wrong of course, but at this point only time will tell.
Posted by Ken O at 10:30 AM