I will freely admit I’m a geek. But not just any geek, I’ve participated in just about every activity that people deem as geeky. One of those things is playing roleplaying games. I started rolling funny shaped dice when I moved down to Florida as a kid, so I was probably eight. Starting with the basic boxed sets I’ve played pretty much ever version of D&D and a ton of other games. 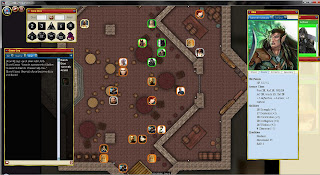 Sadly, I’ve gotten older and the people I play the game with have gotten older too. It isn’t as easy to meet up. We’ve got spouses and other obligations. People have moved away. Real life has gotten in the way of my play time. Luckily there is an answer; a program called D20 Pro. 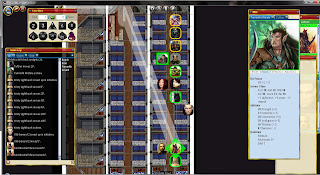 In my group’s setup we use the D20Pro program and use Skype to provide the voice. It is fantastic. Everyone can play from the comfort of our own homes and it doesn’t matter that one of the players is at the opposite end of the state. It is more work for our DM, he has to load all of our characters and all the bad guys. We made it even more difficult by running 4th ED through the system, but there are enough mods out there that you could probably run any game system through it. 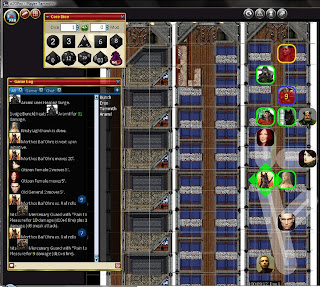 So if all your friends have drifted apart or just can’t catch a break and all end up at one person’s house this may be the answer for you. I will always prefer being around a table with my friends, it does move faster, but this is a great alternative. http://www.d20pro.com/
Posted by Ken O at 9:24 AM