Due to a surprise family event last night I wasn’t able to head to the local bar. Hung Over Thursday has been postponed until next week. Today will be a prelude to Flash Friday. I mentioned in my review of Botcon that I wanted to talk about Stylin Online, so today looks like a perfect opportunity to do so. 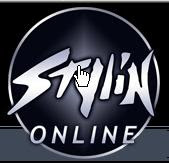 Stylin Online is T-Shirt seller of comic book shirts as well as other pop culture properties like movies and television shows. If you’ve ever been to a comic convention, you’ve probably saw the massive castle like structure of T-Shirts. Or maybe you’ve stumbled upon their website. What I want to talk about today is a recent experience with an internet order.
So what happened? More Stylin after the jump.

So at this point it should be pretty obvious that I’m a big Flash fan. During the course of moving into my new house I put a hole in one shirt and splashed some chlorine on another. I was pretty upset with myself, so I went to Stylin Online and orders these two shirts. 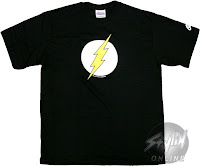 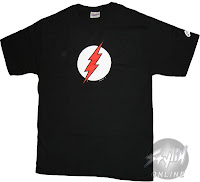 And in a couple days, these two shirts arrived. 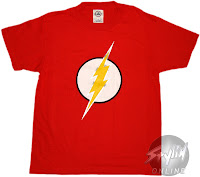 I was all excited when I opened the package and then…Shit. It is like 1000 times worse then getting screwed at the drive through. I didn't have the red shirt with the glittery lightning bolt, but I've never been a fan of it either.  This is on Wednesday afternoon, I had just gotten home. I give them a call and sadly I do not remember the name of the woman who answered. No problem she says, which shirt are you missing from the order? She tells me they will send the correct shirt and an envelope to put the other shirt in.

Friday it is in my mailbox. I almost fell over it was so quick. I work for a company where our customer service is monitored very closely. Everyone talks about their bad experiences; I wanted to go against that trend because of how wonderfully my issue was handled. I got sent the wrong shirt, mistakes happen. But the speed with which it was handled was impressive.  They made the return process as easy as possible. 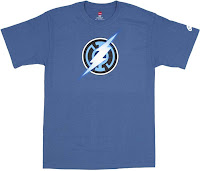 Would I order from them again? Yeah, I already have. That Flash/Blue Lantern shirt should be in my mailbox sometime next week.

Email ThisBlogThis!Share to TwitterShare to FacebookShare to Pinterest
Labels: Flash