Happy Flash Friday! We’ve talked a number of times about how many non-comic readers confuse the Flash and Flash Gordon. Lately people seem to be recognizing the Flash a little bit more then they used to and that is due to another media property; namely the television show Big Bang Theory. 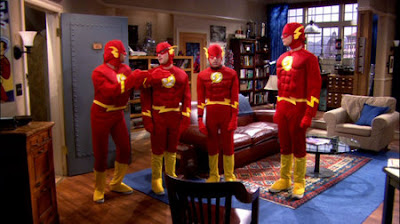 So now when I mentioned the Flash I don’t hear “Oh, yeah Flash Gordon. I’ve seen that movie.” Lately it has been more, “On, you’re just like Sheldon on Big Bang. Do you watch that show? It’s so funny.” Apparently most people who mention Big Bang must immediately follow up with a comment on how funny the show is. Yes, I’ve seen them dressed as the Flash. Yes, I’ve seen Sheldon run at super speed. Hell, even the bazinga shirt looks like a Flash shirt. 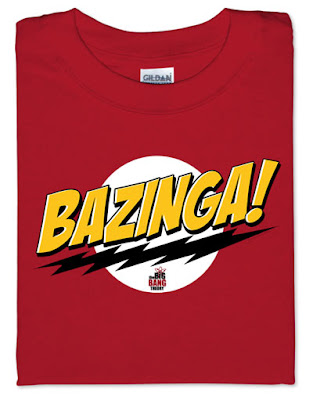 Can you tell I’m not a fan of the show yet? There are people who obviously love it; my wife is one of them. I just don’t think it is funny. I’d be willing to bet that if you removed all the pop culture references that most comic people wouldn’t be interested in it either. But fandom is so easy to cater to. Throw a few comic statues in the background, make a cliché joke about Aquaman sucking, or mention a popular video game and we forgive any other faults of the series. 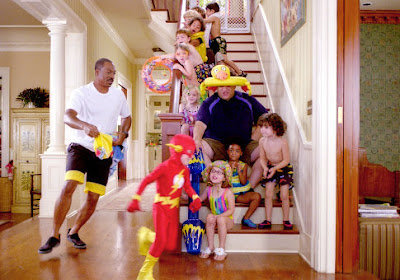 I’m not going to spend all day bashing the show. If it’s your favorite show I hopefully didn’t get too offensive. I just can’t stomach it any more. How much do I dislike The Big Bang? I’d rather watch Daddy Day Care again; at least that little Flash kid was awesome. Check back next week and we’ll try to talk about something Flash that's a little more positive.  Check back tomorrow for my proposed changes to the Syfy line up.
Posted by Ken O at 11:42 AM