That F’ing Monkey Goes to the Movies continues for one more day. If you missed it, on Monday Brandon talked about a horrible movie experience over the weekend. This prompted me to tell a story about 28 Days Later. I’m going to wrap up the theme today with what might possibly be my favorite movie going experience ever. Tomorrow we’ll get back to our regularly scheduled nonsense and monkeyshines. 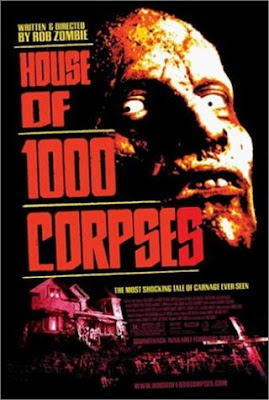 Today’s movie story happened during the opening weekend of House of a 1,000 Corpses. It was a Saturday night and the theater was packed. Horror and monster movies are really the only movies I’m comfortable seeing in a giant crowd anymore. The noise and crowd participation in that kind of movie actually enhances instead of distracts. We picked a location and time that pretty much ensured the theater was packed too. Brandon wasn’t around for this one, it was two other friends. 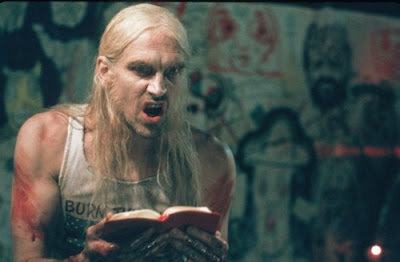 We settle into our seats and behind us are five or six teenage girls. You could hear them giggling and gossiping behind us, but the lights were still on in the theater and nothing had started yet so it was no big deal. Then down at the entrance to the theater an even younger head pokes around the corner. He calls to one of the girls a few times and finally walks up the steps to get to her isle. We are sitting fairly close to the end of the isle so this is all easy to see. As he is talking to his sister for a moment his two friends are at the bottom of the stairs. I’d say they are a couple years younger then the girls. Young enough for the girls to consider them the annoying kids but old enough for the boys to notice girls as hot. Anyway, the brother and his friends leave and the movie starts. 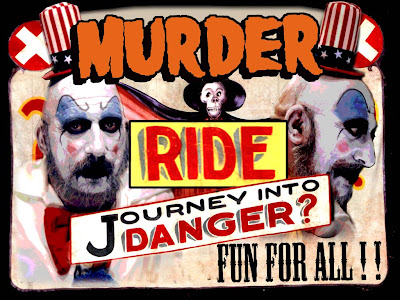 Midway through the movie here come the kids again. He spots where the girls are sitting and starts running up the stairs. I’ve already mentioned that this is a very crowded theater. Someone had ordered so much food at the concession stand that they had given them one of those plastic trays to carry the food on. Once they were done with the tray they placed it on the stairs. Stairs + over enthusiastic boy + dark theater…. You know where this is going. He comes running up the stairs; his foot hits the tray and sends it sailing behind him like a Frisbee. At the same time he falls forward and smacks into the stairs face first. 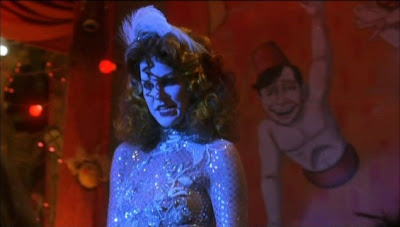 You could hear the smack it made over the sound of the movie. It was an impact that would have made Jill Wagner cringe. I know I jumped up. I may have pointed. There is a possibility I yelled or laughed. Regardless all eyes in the theater have forgotten the movie and are firmly only this highly embarrassed young kid. He jumps up like a champ though and tries to laugh it off. I’ve no idea what he wanted to say to the girls, but he sat up by them for the rest of the movie. Who knows, maybe it gained him some sympathy points with them. I may be a horrible person for finding all of this funny.

Tomorrow and Friday will fall back into our normal themes, but movie week will continue with a trailer you have got to see!
Posted by Ken O at 10:44 AM