It’s Hangover Thursday, how’s your head? It is no surprise to anyone who has been a regular reader that the F’ing Monkey staff love a pint of Guinness. I think it is also pretty apparent after things like the beer list that I enjoy trying new beers. So finding a new beer made by the Guinness brewing company is like chocolate and peanut butter. Not literally of course, peanut butter beer would be weird. I’d still try it, but I think it would be weird. 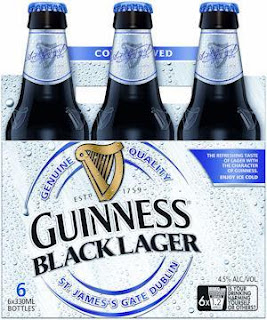 I found a six pack of Guinness Black Lager on the grocery store shelves while I was up in Chicago for the weekend. I have to be honest; I had missed the press releases about this one. I wasn’t expectantly haunting my local beer isles waiting for its arrival like I have in the past with some others. It was like a Christmas morning. It was until I drank it anyway. 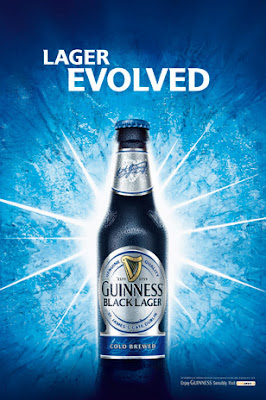 I fully realize this is not a stout. That’s fine, I like a good lager. I enjoy a black lager. Guinness Black Lager doesn’t taste bad. I had no problem finishing the six pack. The problem is that it doesn’t have much taste at all. On a hot day a lighter tasting beer isn’t a bad thing, but I think they went a little too light on taste. It was missing that something that reminds you that you’re still drinking a Guinness. 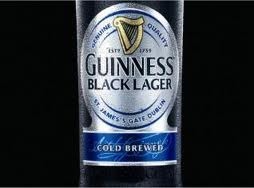 I might even have considered buying more in the future except for one thing. Black Lager actually cost me a few bucks more then the regular Guinness did. I didn’t mind paying more for Foreign Stout, because it was amazing. Paying more for the inferior beer isn’t going to happen though. If you see it on your store shelves, check it out and let us know what you think.
Posted by Ken O at 6:45 AM