There are two very important things to remember about comic books. They don’t have to be about superheroes and they don’t have to come from the big two. I recently received an email from Logan Giannini about just such a project. Logan is working with artist George Kambadais on a comic named Soulless. 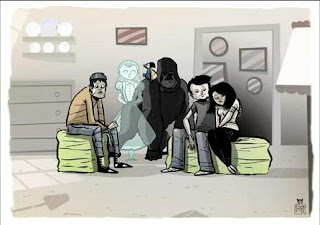 Soulless is the story of Neil, a man who wakes up in a morgue with a giant hole in his chest and his memories. He has no idea how the hole got in his chest and no idea why he is still able to walk around. The cast of Soulless also includes his girlfriend Sarah, a vampire name Bradley, and a young ghost girl with a gorilla and a parrot. I want to read just for that last group. There is something awesome about a gorilla following around a ghost. 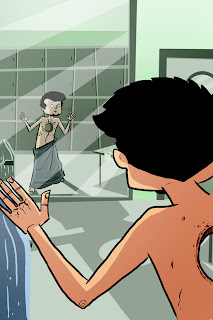 This is a Kickstarter, to see everything that has been produced so far click HERE and check it out for yourself. The current Kickstarter is to raise money for the first issue. Logan is hoping to get picked up by a publisher so he doesn’t have to do all the heavy lifting on the proposed 6 issue series. If something about the pitch grabbed you, make sure you help fund Soulless. There are a number of different rewards for funders, so go pick the one that is right for you.