There are a large number of Star Wars novels out there, so many in fact that to keep track of what comes from the movies and what comes from other sources you’ll see mention of things coming from Star Wars EU (Expanded Universe). For the most part, I don’t really like Star Wars fiction. I prefer the Rebellion Era and the time set in its aftermath, you start getting into the next alien invasion and I’m done. Unfortunately even in that very specific time period, you get authors who believe that a character has to be a Jedi to be worthwhile. The X-Wing series was the exact opposite of that. 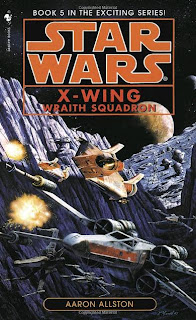 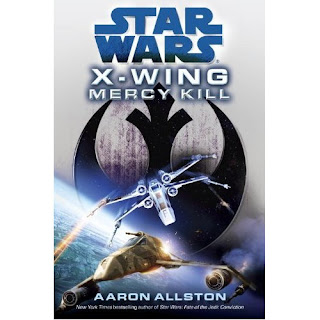 Mercy Kill is set to be released on August 7th. The preview blurbs say that it will be set 30 years after Wraith Squadron carried out their last message. I’m sure we’ll get some old characters back and they’ll have a handful of new troublemakers to help them out. Even the previews talk about how they’ll become thieves, pirates, imposters, forgers, and targets. With Allston writing we’re almost guaranteed crazy schemes and incredible characters. With this coming out a day before my birthday, I’m just going to assume it was written for me.