Random Flash Round Up

Happy Flash Friday everyone! There isn’t a real theme today, just a few random Flash bits that I wanted to share before I got too busy with something else. I haven’t really shown off things that I’ve actually purchased in quite some time. Next week should hopefully change that. 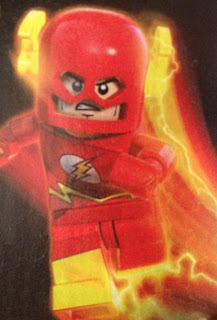 The biggest news is that we now have confirmation that the Flash will be in Lego Batman 2! Game Informer magazine was the first place I’ve seen the information. Lego video game developers Traveler’s Tales said that Flash is the fastest character they’ve put into a game. “He kind of dashes around the city and breaks things apart.” His punches and kicks will be lightning quick too. Game Informer goes on to say that there is only one Flash in the game and that Traveller’s Tales is looking into alternate costumes. 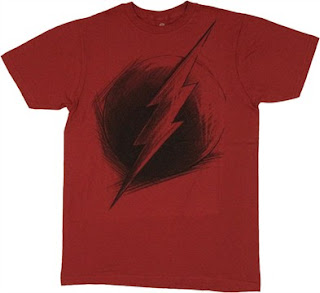 Somehow some new Flash shirts snuck out when I wasn’t paying attention. I’m happy to say both of the shirts are symbol shirts. The first looks like the symbol was hand drawn with pencil. I really like this shirt; it may end up getting ordered. 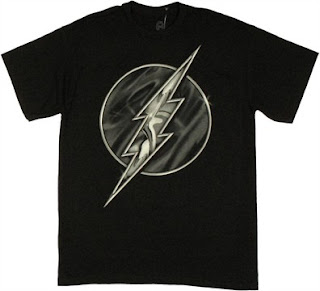 The second shirt takes the logo and dips it in chrome. Despite the fact that I really like black shirts, I like the sketch design shirt a lot better. Still it is a good looking shirt. Both the sketch and chrome shirt are available in other hero symbols for you Bat and Lantern fans. 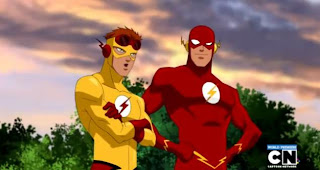 The next part isn’t really news, just how I’ve been feeling lately. For me, the Young Justice cartoon does everything the “New 52” was supposed to. It is a simplified, modernized take on the characters. The costume redesigns are light years ahead of the ones used in the comics now. I’m excited for each new episode. I used to feel that way ever Wednesday, now I feel that way every Sunday. I know it airs on Saturday, but I wait until Sunday and watch both the DC and Marvel block. Heroes for Hire on the Avengers two weeks ago and jumping out of my seat I was so happy.