Today at 11am, Nicklas Lidstrom announced his retirement. Lidstrom spent 20 seasons playing for the Detroit Red Wings and will go down as one of the best defense men the NHL has ever seen. 4 Stanley Cups and 7 time Norris Trophy winner. I’m sad, really sad. He spent all of his 20 seasons with the Detroit Red Wings. 20 years with one team, even if he wasn’t a amazing player that would be something to be respected. 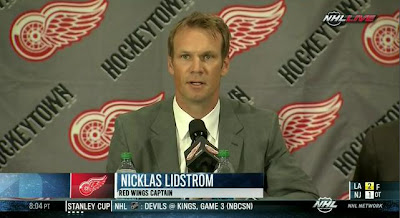 A lot of people won’t remember it, but the Red Wings weren’t always the power house they’ve been for the past 20 years. Between 67 and 82 they were so bad people called them the Dead Wings. I remember watching games with Yzerman, Lidstrom, and Federov. I knew they were amazing, but I didn’t really appreciate how amazing they were at the time. 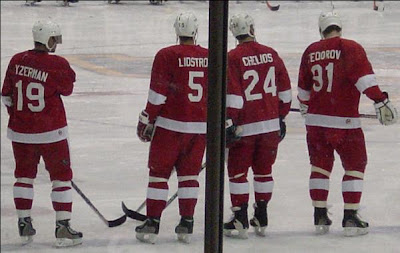 I’m not pompous enough to think that Lidstrom or anyone else in the Red Wings will ever read this; but I still want to say thank you to Nicklas Lidstrom. Thank you for 20 years. Thank you for 4 Stanley Cups. Just thank you.  Enjoy your retirement Mr. Lidstrom, you deserve it.