Yesterday was the two year anniversary of That F’ing Monkey. My post about it was pretty short, but it still managed to be longer than the site’s first post. A lot of the first year was a hot mess, there are still things that I’m proud I wrote; but it took awhile for me to get comfortable with the format. I think our second year was much better handled. At times I’d say we almost look professional.

When I started everything, I was only updating Tuesday through Saturday. It wasn’t until Brandon joined that we moved to a Monday through Saturday posting schedule. Still we’ve put up some pretty good numbers, today is our 581st post. That’s even more impressive when I started the whole thing as a writing exercise and I wasn’t sure that I’d even keep it up for a month. 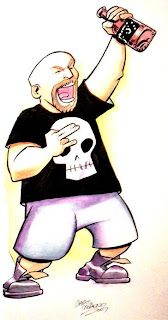 The first time I really felt like I wasn’t talking to myself was after Shark Week and I wrote about copepods. The site is still getting traffic because of that. It is the fifth most visited article on That F’ing Monkey. The day after writing it, I wrote about Blacksad. That is the fourth most viewed page on the site. I was on fire in August of 2010. The third most viewed post is about Harry Potter, but I really think that is just because of image searches for Mad Eye Moody. Diablo 3 Beta Access is the second most viewed, although now that the game is out that will start to drop. The most viewed article on the site? Flash Friday: Angry Birds in Space. I’m as surprised as you are. 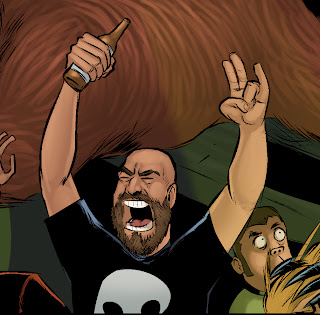 I’m probably most proud of the movie articles that were written for when I was away. Beside the awesome Michael May stepping in for us, I thought the stuff Brandon and I were putting out was a step above our normal day to day posts. I was also really proud of the interviews that came out of Heroes. Heck, I’m proud that the people who read the site is slowly increasing every month. So here is to the next year, may it be even better than the last.
Posted by Ken O at 11:41 AM