I really enjoy the Batman Brave and the Bold cartoon on Cartoon Network. I know there are some people who find it too silly for them, but I like its silver aged campiness. Even more then that, I enjoy B and C listers getting some spotlight. This weekend we got the Giffen and DeMatteis Justice League International in animated form! Sure it was the Jamie version of the Beetle instead of Ted and not everyone was there, but the intent was there and the episode was fun. 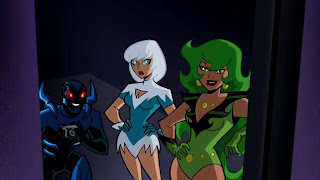 I’ve mentioned my love/hate relationship with JLI. I love some of the character growth created during the more serious moments (not many people seem to remember the team did have some of those). I hate how it reduced many characters to joke characters for years afterward. Thankfully, the episode did not have a “one punch” moment. That was the thing I was most worried about. 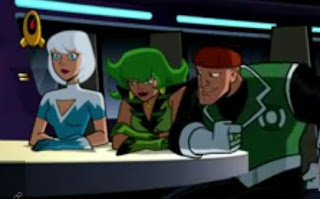 We did get the Martian Manhunter eating cookies, they weren’t hydrox/oreos, but it was close enough to know what they were going for. Since Fire and Ice were on the team all the guys were hitting on them. Not Aquaman of course, being married and all. I really thought they’d give us a nod to the Guy Gardner/Ice relationship. Sadly, there was no joy in Gardner-ville. They just kept to him being a jerk the whole time. 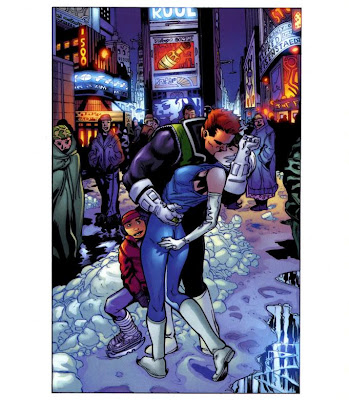 I know the show has been canceled and they are currently just burning through the already completed episodes but I hope there is another JLI episode in there somewhere. Sure he can’t take her to a strip club on their first date, but they could work something out.
Posted by Ken O at 10:22 AM