Get ready for the Holiday parties. This weekend should be thick with them since next Friday is Christmas Eve. Now you could just run by the store and pick up a six or twelve pack of your favorite brew or you could look for something more seasonal. Winter beers should be thick on the shelves right now, or where ever your beer seller of choice likes to stash the things that aren’t Bud or Coors. The best thing is to find a place that lets your build your own six pack, if that isn’t available, grab some friends and have everyone pick up a six pack of something new. 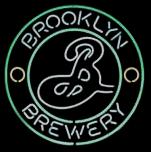 Stouts are very popular during the winter. But most stouts have the same alcohol content as light beers. If you want something with a little more kick to it, you want an Imperial Stout. So you get all that great stout taste and a punched up alcohol content. Brooklyn Brewery has a Black Chocolate Stout that makes my very nice list. You can’t go wrong with either Stone Imperial Russian Stout or North Coast’s Old Rasputin Imperial Stout either.  Besides a great tasting beer you get to sound all bad ass when you're telling people you're drinking an Imperial Stout. 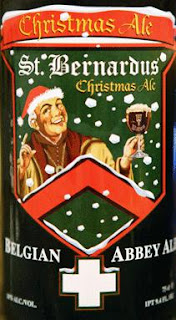 Not a fan of Stouts, how about a Winter Ale? Winter Ales or Strong Ales tend to be darker, have slight fruit taste, and sometimes with a bit of spice. You may also see them listed as Barleywine. Don’t be afraid of that term, it is good stuff. To be honest thought the term is getting thrown onto a bunch of different brews not that don’t always fit the mold. Brooklyn’s Winter, while tasty, might be a little tamer then what you’re looking for. Victory Brewing Company’s Old Horizontal is a great one if you can find it. St. Bernardus makes a Christmas Ale, you should drink it.
Posted by Ken O at 12:27 PM