A chance visit to the Toys R Us last night had me finding a peg filled with the newest wave of Retro-Action DC Super Heroes. Normally that area is filled with Retro-Action Lex Luthors and Sinestros; so I was pretty surprised to see they had ordered new stock. Now here is where this toy review is going to be a little different from the others I’ve done and why this is only Part 1. I haven’t opened them yet. Shock and horror, I know! 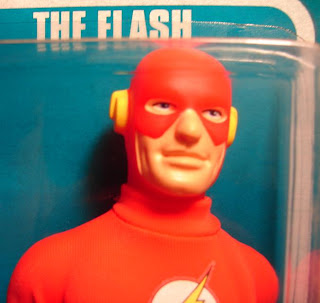 I normally champion the idea of releasing toys from their plastic prisons; the amazing packaging on these guys has stopped me though. Well at least slowed me down, will open them. A few details about the line before I get too far ahead of myself; this is the third series in the line of figures that are designed to resemble the old Mego “World’s Greatest Superheroes” figures that ran from 1972-1983. It isn’t just the figure design either; the packaging looks like it could have been pulled off the shelf in the 70s. 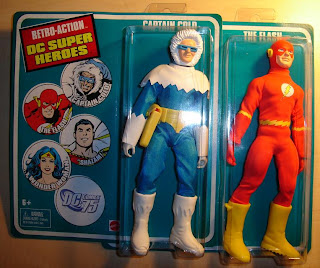 The front of the packaging has pictures of Flash, Captain Cold, Wonder Woman, and “Shazam”. Captain Marvel is a little strange here; not just because they used his catchphrase and not his name, I understand most non-comic readers identify him as Shazam. The big red cheese isn’t even in this line; he is in the fourth series. Cheetah is the other figure in the third series and she’s been left off the front. 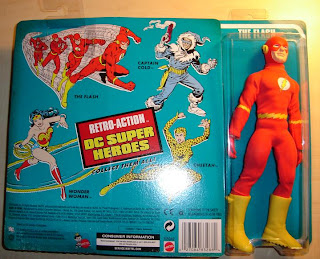 The back of the packaging does make up for that at least. Cheetah is seen in an action shot as she squares off against Wonder Woman. Now there isn’t normally a blinding light coming from her crotch; that is just me forgetting to turn the flash off my camera. That would be one fucked up action feature to include in a toy though. Cheetah, now with light up crotch! Anyway, in the next month or so the quality of the toy pictures here should get better, I’m going to try to buy or rig up a light box. I’m not a photo person by any stretch of the imagination, so if you have advice for me in that regard, please drop it in the comments. 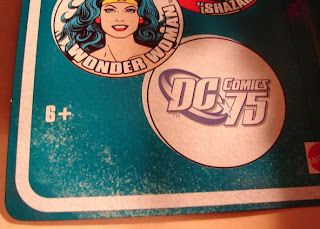 Back to the packaging! Not only does the design look like the figures I remember as a kid, they went so far as to weather the packaging. Seriously, look at that paint job. Was it water damage? Normal wear and tear? Such a simple thing, but it really impressed me. You could believe that this has been sitting in someone’s attic for years. It sucks that there is no way to free your figures without damaging such a cool package. They are coming out of the package, I just haven’t figured out how I’m going to do it. So next week Part 2 of the review will probably mention what I did and have some more pictures of the figures themselves. Come back next week and check them out! 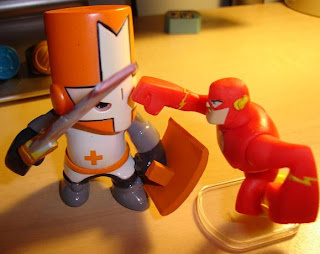 Hey it’s the orange knight from Castle Crashers, what is he doing here? Kapow! If you enjoy seeing Action League Flash punch other toys, check out my other articles this week. There is a Kapow at the end of every one of them.
Posted by Ken O at 8:39 AM