Playing for Change, Peace through Music

I’m going to take the site off the rails here for a moment. For a website that’s mantra is Comics, Games, Booze I sneak in a lot of articles about music. My secret shame is how utterly inept it comes to playing music. I’ve got no rhythm. Regardless of that, music is very important to me. I watched a documentary last night called Playing for Change; I’d be lying if I didn’t say it moved me. It started with Producer Mark Johnson. He was in a subway one day and two Monks were playing guitar and singing. It was one of those amazing moments where everyone stopped, listened, and shared the experience. That music connected people regardless of race, religion, or social class was the driving force. So Mark Johnson and Enzo Buono began traveling the world with cameras and recording equipment. 100 musicians and ten years, we have Playing for Change.


Recording vocals and instruments through separate channels they were able to take musicians from all over the world and have them contribute to the same song. “Stand by Me” is the one they are most famous for. Most of the artists are street performers and the recording took them to areas that had been devastated by poverty or natural disasters. In South Africa they asked one of the performers how they could help; he told them they needed a music school. And so the Playing for Change non-profit organization was created.


So now there is a documentary, CDs, tours, and a charity behind this. As of this writing, The Playing for Change charity has paid for 7 music programs, 600 students, and 130 jobs. On their website you can pick up the CD and the documentary bundled together, I highly recommend it. They come sepereately too, but if you're going to pick it up you will want both.  You can also go to the charity’s website and donate or find other ways to get involved with the group. 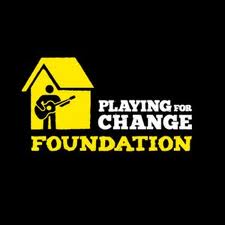 I’ve spent a lot of time telling you if it was worth it to drop 10, 20, or 60+ bucks on toys and books. Now I’m telling you donations at the Playing for Change Foundation start at 5 dollars go up from there. 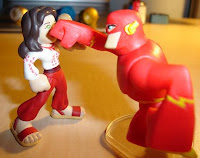