When X-Men Destiny was first teased in October I said this game has the opportunity to become one of my all time favorites, or to break my heart. Silicon Knights has been keeping the details pretty tight to their chest up until now. Two Destiny related things happened this weekend. Official X-Box magazine came out with some details about the game and a youtube clip hit the net showcasing one of the characters (which was very quickly pulled). I’ve seen lots of comments about the character design, but the strange thing is this character isn’t new, we saw him in the teaser trailer that came out months ago. 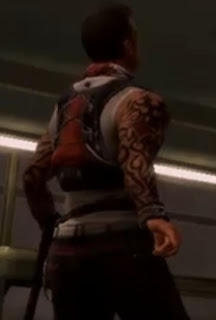 The character in question Adrian Luca is seen sporting kneepads, tribal arm tattoos, and what looks like a camelbak. Obviously, this is a hero who is serious about hydration. The game starts at a demonstration that turns violent and as a player you then have to pick from three characters/backgrounds. Luca is the son of one of the Purifiers. With the last name Luca, we can guess he won’t be one of the big leader’s kids; otherwise he’d be Stryker or Risman. So the son of a mutant hater gains mutant powers, not a bad start. You then pick from three power sets. Energy Projection is the one in the screen shots. Apparently there is a matter manipulation/body mass manipulation power set also. The third power set is still unrevealed. As the game goes on you level up your powers, pick up new abilities, and choose who you side with. From the description the big choice will be siding with X-Men or Magneto’s army. X-Genes will also help customize your powers, giving you aspects of the mutant they are taken from. The magazine gives the example that Surge’s X-Gene make Luca’s projection power crackle with blue electricity. 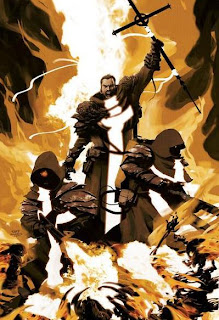 For the record I’m ok that you have to pick from three backgrounds. Think of them like the origin choices in the first Dragon Age. And I like the idea of being the son of a Purifier; so the first background is pretty cool. I’m worried about the look of the characters. It has already been announced that these characters are going to become part of Marvel Comics cannon. So we have a game based on making choices but the appearance of the three characters is locked? I really, really hope this is not the case. If you’re going to let me choose the powers and “destiny” of my character; please let me design what he looks like too.

Now we don’t know for sure that the look of the characters is predetermined. Maybe the pictures we’ve seen is just a default. Maybe you can customize them to your heart’s content. I hope that is the case. I am a fool for character creation. I’ve restarted games like Mass Effect two hours in because I wanted to change up the face I had created. It is one of the reason I love wrestling video games even though I haven’t watched a single wrestling match in years. With them saying that the characters are going to be official members of the Marvel universe though, I don’t think that we’ll get to change their look very much. When I hear more, you’ll see it here. 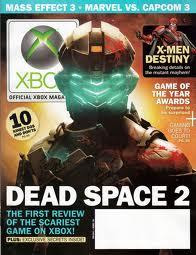 As a side note, most of the game information did come from OXM. I would not normally repost information like that but this weekend I saw this issue sitting on a bookstand. Across the very top was Mass Effect 3. I had a moment of weakness. OXM comes with a disc, so it was bagged. I couldn’t just open it and see what news they had on the game. It was a page of what OXM would like to see in ME3 and what they were afraid of seeing. Yeah. Not the smartest use of my 10 dollars. So after that bait and switch, I have no problem giving you the low down on X-Men Destiny.
Posted by Ken O at 10:01 AM