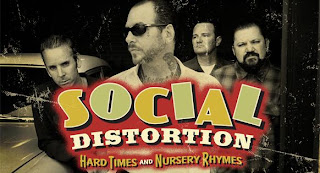 This may be the most time sensitive news post I’ve every made on this site. So if you aren’t reading it on 1/12/11 it isn’t going to do you much good unfortunately. You may know Social Distortion has a new album coming out on the 18th of this month. If you didn’t, it is tilted Hard Times and Nursery Rhymes. In early December they made their first television appearance ever on the Jimmy Kimmel show and played the new song “Machine Gun Blues.” They must have liked TV; on the day of the album’s release they’ll be playing the Conan O’Brien show. 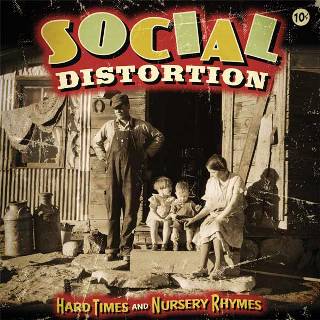 Now the big, time sensitive news: Today and today only, the entire album is streaming at http://www.voxbloc.com/share/social-distortion-album-stream That’s right, you can hear the entire album in advance. The more it streams today, the lower the price on Amazon will be on the release date too. Sure, I realize this is a promotional gimmick, but I’ll never complain about being able to listen to a full album before it’s released. Especially when it is an album I would have picked up on launch day anyway.
Posted by Ken O at 7:17 AM