I have a bunch of things I want to discuss briefly, all of them happened this past weekend. So let’s jump right into it. 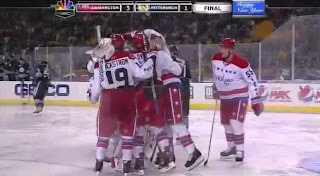 Did you watch the Winter Classic? Someone besides me did. It was the most watched NHL regular season game ever with 4.5 million viewers. The weather seemed to be the big news, first the delay and then the rain. It was the first Winter Classic played at night. I enjoyed the game, but there seemed to be a lot less going on then in the other years. Less bands playing, other off ice things, etc. It seemed more like just another game then a giant hockey celebration. This will not be the only outdoor game this year. February 20th Montreal and Calgary will be playing at McMahon Stadium. 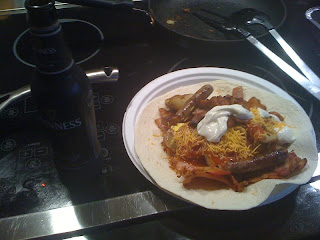 The first official celebration of That F’ing Monkey’s made up holiday was a huge success. Bacon tacos were enjoyed by all. So were potatoes cooked with bacon, and a mixture of ham and sausage cooked with bacon. Throw in some scrambled eggs, hot sauce, salsa, cheese, and sour cream and you’ve got bliss. The point of the day is to cap off all that holiday over eating with one last hurrah. So for me personally I’ll no longer be buying coke/pop/soda, buying candy/chocolate, or eating at any place with a drive through for as long as possible. Back to the holiday, it is definitely happening again next year. The first Sunday of January, mark it on your calendars. For a few more pictures of All Swine's Day prep, check out our Facebook!

The CDN is going off line. Here is the official message:

“OUT-OF-GAME NOTICE: The Cerberus Daily News will begin a hiatus on January 24th, finishing its run of one full year. Daily postings will cease except for three weeks in 2011: a week of posts will precede a downloadable content release, and two more weeks will lead up to the release of Mass Effect 3. The CDN team thanks fans for their attention, comments, and feedback (both in and out of character!). We are sorry to go, but we had fun -- we hope you did, too!”

This means two things. First, new DLC is coming!! Yay!! Second, the team responsible for the CDN put up messages every day for a year. To everyone on that team, thank you. Some times informative, some times funny, the CDN was awesome. 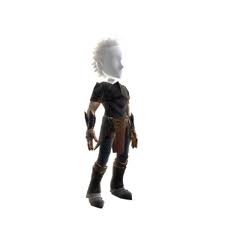 The last thing I wanted to throw out there. Dragon Age 2 has Avatar items on the Xbox Live Market place. Now, the original game was way late to the party with Avatar stuff, only offering T-Shirts for a long time before realizing people would rather have Legion of the Dead armor. Now the pendulum shifted in the other direction. There are items for characters we don’t even know yet. Very strange.
Posted by Ken O at 8:30 AM