Hangover Thursday: Return of the Beer

Finally we return to a true Hang Over Thursday and I mean that in ever sense of the word. At the time of writing this I’ve been awake for three hours and I’m only now starting to like I’m not going to fall over dead. Which means last night at the bar was a very good one. Five more beers were marked off the beer list, so there are only two left. I would have finished the list last night, but the last two are more expensive beers and I had already bought enough of those for one sitting. 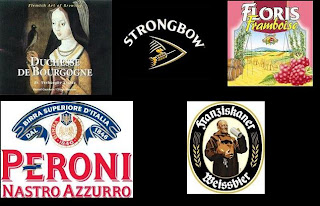 Beers 112-116 are Duchesse de Bourgogne, Strongbow, Peroni, Floris Framboise, and Franziskaner. Duchesse de Bourgogne came in one of those big .75 liter glasses, which is a good thing since I didn’t really enjoy it until I was half way through with it. Not a beer I’ll be going back to. Then I had the Floris Framboise. It is a raspberry beer. It has a very overwhelming raspberry taste, like drinking syrup. Franziskaner came to my rescue and was beer of the night; so tasty and beery after all the fruity nonsense. 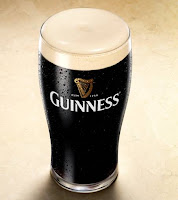 I sat next to three people who were just starting their lists. That was kind of cool. Also a safety warning for all of you, don’t try to cook bacon and eggs when you’re trashed. That grease gets hot. See you next week for the end of the list!
Posted by Ken O at 9:55 AM