If you’ve been on any comic related website or forum lately the subject of Eric Powell’s new video has probably come up. He’s promoting The Creators Front for Diversity in Comics. I saw the video last week and I had to think about it for a while before bringing it up here. Why did it take me so much time? When I first watched the video it struck me, “I’m part of the problem!” Seriously, I felt bad about my own comic book habits.

This is something that has been on my mind all weekend. I actually sat down at the shelves my trade paperbacks are on and looked at what I had up there. I mean, I’m the guy with a Flash wall, this video told me I’m supporting the wrong people. Well, looking at where I’ve put my money I’m not as one sided as you would think. In fact many of the books I’ve talked about on the site have been creator owned. While the Flashpoint event will temporally change that, the only two books I currently buy the monthlies for are The Flash and Mouse Guard. 50/50 is pretty good I thought. On the other hand I knew that I liked superheroes; that wasn’t going to change, and I wasn’t going to feel bad about it. 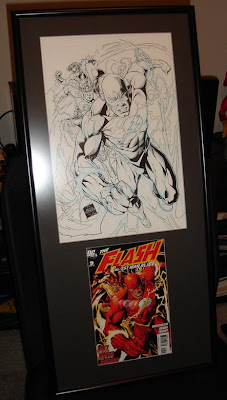 I will continue to pick up books that I like to read, be they creator owned or not. There are many other places on the web that have far better rebuttals to the CFDs video. Things about trade paperback sales and other stuff not covered. I’m not going into that here because I get what he was saying and I want to support creator owned comics too. I think in every industry thought there is always going to be a mainstream and an alternative to it. The mainstream will always be the more profitable. I was a fan of Eric before this and I’ll be one after this. If nothing else he certainly got people talking about comics. 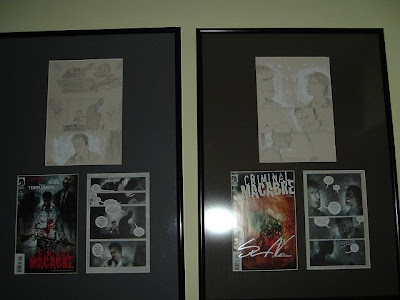 To me, the most interesting person he got talking was Steve Niles. I’ve met Steve in the past and he has always been incredibly nice. So, yeah, I’m a fan. He recently posted this up on his blog:

Can I say something I’ve wanted to say for a long time? If you like something, tell your friends. If you love it, tell the world. But if you hate something, just throw it away, don’t buy it again and move on. We spend way too much time tearing shit down. I just want to try the other direction for a while.

I think we try to stay pretty positive here at That F’ing Monkey. I’m going to try a little harder to keep it that way. That doesn’t mean I won’t say when I didn’t care for something. I’ll point out when I think something is silly. But you’ll never ever see personal attacks against creators here. Not for their work anyway, if fisticuffs break out at a convention we’ll probably talk about it. I’ll finish off this rambling mess with a quote that I think is fitting after all of this.

Email ThisBlogThis!Share to TwitterShare to FacebookShare to Pinterest
Labels: Comics