There are few things I’m known for; one of them has to be how closely I follow the fashion industry. So when there is a new celebrity line, I simply…. Okay, obviously that isn’t true. Outside of a few polos for work I own mostly T-Shirts and hockey jerseys. Regardless of that, I am talking about a celebrity’s clothing line though. That man is George Parros of the Anaheim Ducks. 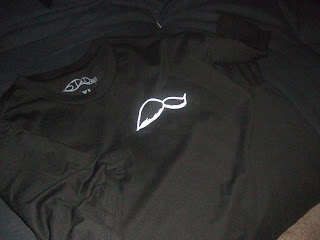 Parros, who plays right wing, is mainly known for being an enforcer. Each season since he joined the Ducks in the 06-07 season he has racked up at least 130 penalty minutes. When Anaheim won the cup in 07 he took it to Princeton, then apparently filled it with moonshine and took it to a pig roast. That’s a party I want to be at. 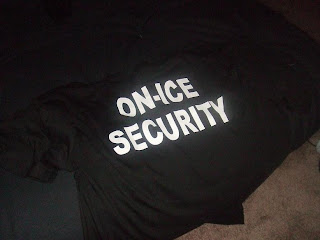 He is also known for his impressive moustache. I became so popular that people were going to Ducks games wearing giant fake ones. To better take advantage of all that moustache love the Ducks came to him and asked if he wanted to do his own merchandise line. Stache Gear sports a moustache logo that he and his wife came up with along with other pictures and slogans. These items were only available at the Ducks’ team store in the Honda Center, but now through the magic of the interwebz you can order your own at http://stachegear.com/.

Don’t think you’re just getting a stylish piece of clothing; the sales of Stache Gear go to help Childhood Leukemia Foundation and Garth Brooks Teammates For Kids Foundation. Parros is known for throwing a big yearly event where he cuts his hair off and donates it to the CLF. The picture above shows the signed card and personalized note I received in the package with my shirt. I can’t say that this happens to every package that ships, it certainly surprised me when I opened it, but it just goes to show what an awesome guy Parros is.

As you can see I ordered the On-Ice Security shirt. A word of warning if you choose to purchase the same, if you wear it at a bar everyone will think you work there. I figured the “On-Ice’ part would be enough to make it obvious but I hit three different bars Saturday night and was mistaken for staff at every one. I guess I just have that bouncer look.  If you can't tell from the bottom of that gif, it was taken from gifsoup.com; enjoy the flicking.
Posted by Ken O at 9:51 AM