The details for Young Justice’s first DVD release have recently been released. Season 1, Volume 1 will be coming out on July 19. The contents of the disc have also been released; we’re getting a whole four episodes. I’ve been trying to keep things pretty positive, but this just pisses me off. Why do cartoons have such horrible season sets? Look at all the crappy three episode Justice League DVDs that came out before Warner Brothers got off the crack and gave us proper season sets. Are they really going to pull that bull again? 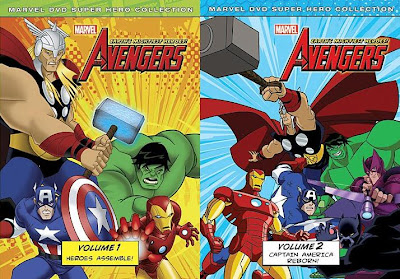 I can’t just say it is Warner Brothers either. The first two DVDs of the Avengers cartoon recently hit the shelves and they weren’t any better. The first disc had the five mini-episodes that ran for free on the web and then two actual episodes. The second disc has six episodes on it. Why isn’t this just one set? 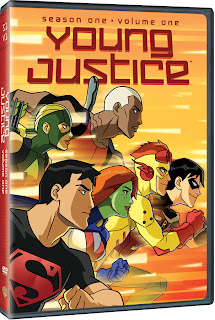 There are arguments that these shows are skewed for children, so they want lower price points. I’d totally get that if it wasn’t for Disney. Every time Disney pulls one of its movies out of the vault it throws a couple adjectives like Diamond or Royal onto that release and charges 20 to 30 bucks for it. 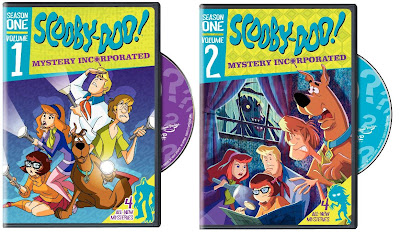 Here is another one; we just talked about Mystery Incorporated. Each disc has four episodes. Four new mysteries my ass; the mystery here is why can’t you put multiple discs in one box like every other fucking DVD release on the planet. I’m disappointed. I want to support the things I like. I don’t want these shows to go the way of past awesome things like Megas XLR. Actually, where the fuck is my Megas XLR DVD? Seriously Cartoon Network, do you want me to buy it from the bootlegger at the next convention I go? Because I will, they already forced my hand with B.J. and the Bear.
Posted by Ken O at 8:00 AM