Today we break from our anniversary celebration to talk video games.  You might remember me talking about the pre-order bonuses that came with the game L.A. Noire. I won’t hide the fact that I shop at Gamestop almost exclusively for my video games. This article is not the pros and cons of Gamestop. Regardless of what they may be like in your area, the one I shop at has a knowledgeable staff that has always taken care of me. So when L.A. Noire came out, I had my pre-order through them. The Badge Challenge was one of the items available through the Gamestop pre-order. 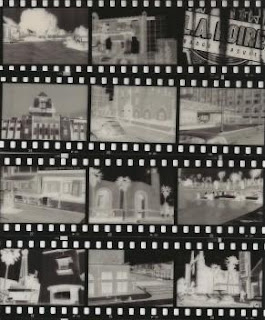 When I opened my game I found what I thought was one of the coolest extras I’d seen in a long time. The game had a small envelope which contained fake film negatives. Each one was the location of a badge in the badge hunt challenge. There are 20 badges to find and if you get all of them you unlock the Button Man suit. Little did I know how much those negatives would piss me off.
What I haven’t mentioned yet is that L.A. Noire’s map is 8 square miles of the L.A. area. Open area games like GTA love give you hidden objects to find I their giant maps. I don’t know if they think it extends gameplay or if they think it makes people appreciate all the time they put into designing the world. And don’t get me wrong, you can see the amount of effort the developers put into making their L.A. look as real as possible. The problem is L.A. Noire isn’t the kind of game you get out of your car and wander around in. You go some place, question someone or search for clues, and then go to the next place. 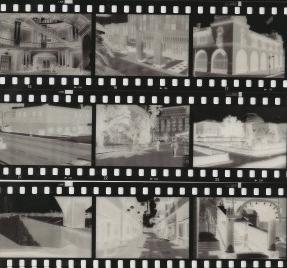 This isn’t a game where you really want to just walk around. I’ve never been to L.A. either; I’m betting a native to that area could recognize some of the building from just looking at the negatives. Not me though, I was lost on that giant map. In my frustration I pulled a list of badge locations off the internet and found them that way. The coolest thing about this, is I google mapped the majority of the landmarks and found them using my phone. I won’t lie, it wowed me. The Badge Hunt can still eat a dick, but Team Bondi did a fantastic job on the game. 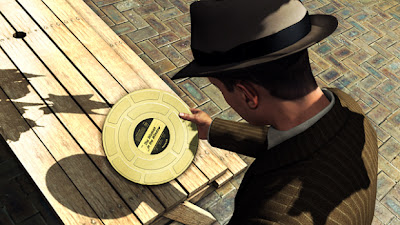 What? Golden Film Canisters? Son of a…..