With Thor making 65 million over the weekend I’m guessing some of you went and saw it. I just saw it Monday night; I’m pretty allergic to opening weekend crowds so we waited a bit. I really enjoyed the movie. I’m a sucker for cosmic Vikings smashing things though, so your mileage may vary. Most of the comic book references were pretty nicely handled; the bits about Donald Blake had me literally laughing out loud. The after the credits scene is such obscure nerddom that it was almost funny to watch the audience’s confusion. 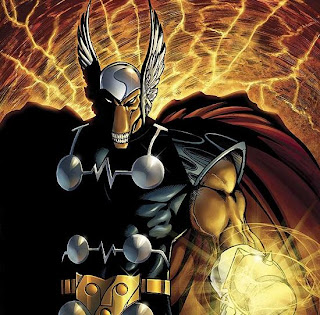 I’m not bringing Thor up to do a review though. I’m bringing it up because I’m excited. If the god of thunder keeps bringing in money the Marvel machine will have to do a sequel. If they do another one, they’ll have to introduce Beta Ray Bill won’t they? Iron Man 2 brought in War Machine, so it only makes sense. I hope so, because I have a confession. I like Marvel’s version of Thor; but I freaking love Beta Ray Bill. 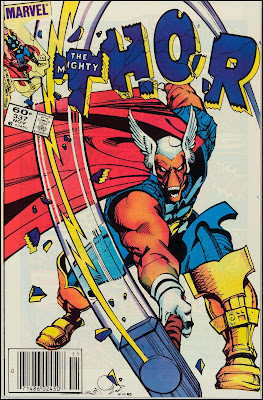 A little history for those not versed in Thor comics; Beta Ray Bill showed up in 1983. The horse-faced alien didn’t start that way. He was part of an alien race called the Korbinites, who go on searching for a new home when their galaxy explodes. To become their champion Bill undergoes a series of experiments to make his super strong and tough. The rest of his race look human, he bame that thing to protect his people. Thor encounters his space ship and in true comic book fashion the to fight it out before realzing they are both good guys. 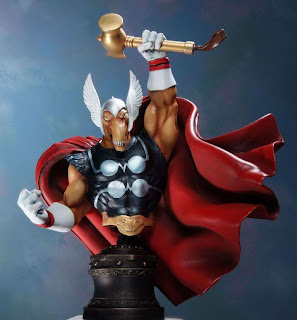 This is back when Thor reverted back to Donald Blake if he lost contact with Mjolnir for 60 seconds. You can guess what happens next. Thor gets switched back to Blake during the fight. Bill picks up Blake’s walking staff and is transformed into a Thor-like costume. This is the first time in the comics that anyone else was worthy of picking up the hammer. It has happened a bunch of times since then, but at the time it was pretty epic. 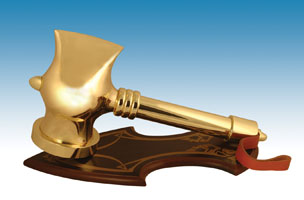 Odin teleports Bill and Thor to Asgard where they battle it out to see who is worthy of Mjolnir. The two are so evenly matched that they knock each other out. Only Beta Ray Bill wakes up first and saves Thor from a lava flow. Bill is determined the winner but eventually concedes Mjolnir to Thor. Odin is so impressed that he gives Bill a hammer of his own, Stormbreaker. When tapped on the ground it even lets Bill return to his original Korbinite appearance. Bill agrees to join the Asgardian forces when he learns the fire demon Surtur was responsible for his race’s near destruction. 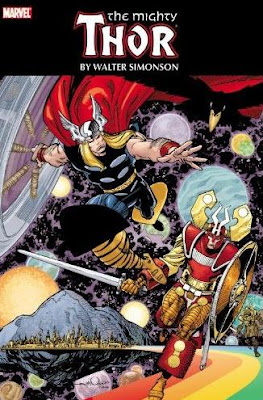 Beta Ray Bill’s first appearance and a ton more awesomeness has recently been collected in the Walt Simonson Thor Ominbus. This monster is 1192 pages and covers Thor 337-355, 357-369, 371-382; Balder the Brave #1-4. Yeah, that is a lot of Thor. Well worth the 125 dollar price tag, you can find it through online retailers for about 80 bucks. To me these are the definitive Thor stories and if you’ve never checked them out before don’t let that price tag deter you.
All this talk of Beta Ray Bill may make me play Marvel Ultimate Alliance again. My team of War Machine, Scarlet Spider, US Agent, and Beta Ray Bill was epic.