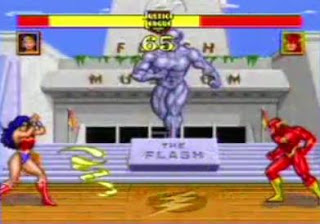 Before we get started I want to point out that Green Lantern had the good fortune not to be included in 1995’s Justice League Task Force. That shit taco masquerading as a 2D fighting game is so bad it is almost unplayable. I don’t know why Green Lantern wasn’t included in this train wreck, but he should consider himself lucky. 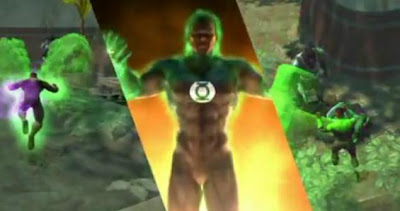 As far as I can tell 2006’s Justice League Heroes is the first video game to feature the Green Lantern. I realize someone is probably yelling at the computer screen right now wondering how I could have forgotten some game I don’t know the name of. Justice League Heroes was very similar to Marvel’s X-Men Legends and Ultimate Alliance except that you controlled two heroes instead of four. It wasn’t a perfect game, but I enjoyed it. 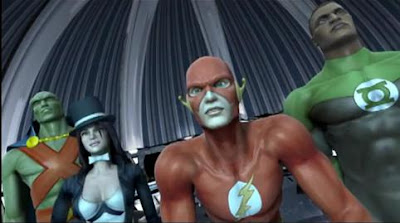 John Stewart was the main Green Lantern in the game. You could unlock two other looks for him. One made him bald and one put him in his older costumer. Hal and Kyle were both unlockable characters in this one too. Unfortunately they didn’t have different move sets then John, so if you include the alternate costumes it was pretty much five versions of the same character. 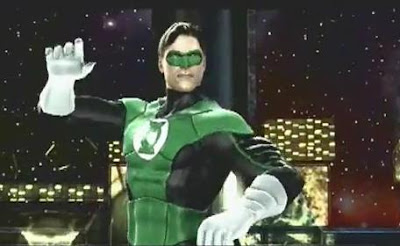 Hal Jordan was also in the Mortal Kombat vs DC game that came out in 2008. Not bloody enough for Mortal Kombat fans this one has been pretty quickly forgotten now that the new Kombat game has hit. Along with the Teen rating that probably doomed it, MK vs DC has a story written by That F’ing Monkey favorites Jimmy Palmiotti and Justin Grey. 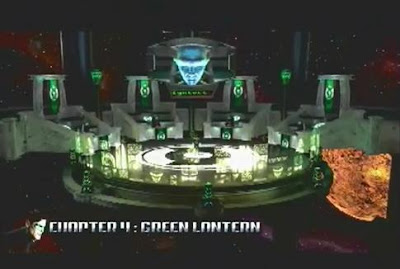 Not only did you get Hal in all his construct creating glory, one of the battle locations was on Oa. Pretty cool stuff if you ask me. The game got a pretty bad wrap for not being able to tear out spines. I’m not a huge fighting game fan, but I had fun plying this. Green Lantern had all sorts of construct hammers and saws at his disposal. I’d like to say I was awesome with the Flash in this one, but sadly I was best using Captain Marvel.

That’s it for our extra Sunday helping of Green Lantern games. I hope you enjoyed it.  We have to wait until June 7th before we can tell how GL does in his first solo game.