One of the first posts on That F’ing Monkey was me confessing that I had become addicted to the Liar’s Dice game inside Red Dead Redemption. The betting, the guess work, the sound of the dice shaking just before hitting the table…I was hooked. Now I was finally able to shake that habit but I think I may be heading back to the betting table. This week Xbox is releasing Full House Poker on Xbox Live. 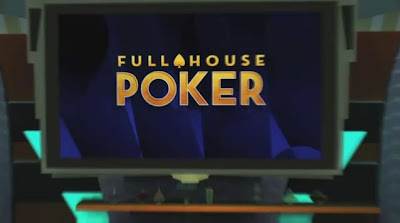 800 Microsoft points will get you single player, ranked, multi-player Pro Takedown, and multi-player Texas Heat game modes. The game is based on your Xbox Avatar, so if you ever wanted to sit at a table dressed as a French maid and sit across from a stormtrooper and a ninja, here is your chance. As you play you’ll earn chips and XP. Leveling up lets you buy animations to use at the table and customize your own play area. Level cap is set at 50, so there will be lots of chips flying before you’ve unlocked all the tables, card decks, chairs, etc that are in the game. 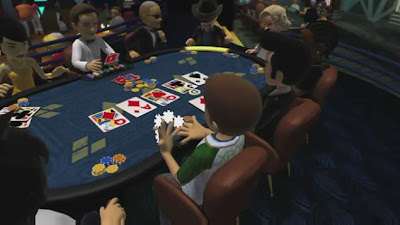 Texas Heat is going to be the big winner here; it’s a 30 minute TV-style tournament hosted by Microsoft. They may have different objectives each time, but during the Texas Heat tournaments you’ll be able to earn even more in-game money, XP, and the ultimate in pointless currency, Achievement Points. I’ll make fun of them, but I’ve been lured in by that particular siren song more then once. We haven’t seen the hosted show yet and I don’t think there has been any word yet as to whom the host will be. 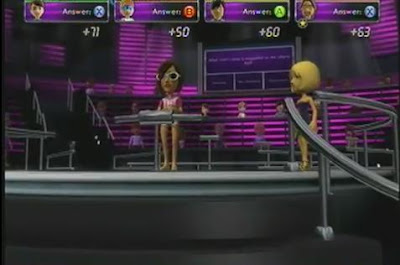 I know how to play poker, but I wouldn’t call myself a fan. I’m going to give this a try for two reasons. The first being this could be the ultimate, I need to waste 15 minutes type game. Jump into single player, add to your bank roll and get out; sounds fun. The other reason I’m willing to try out Full House Poker is this 1 vs 100s replacement. I seriously loved Xbox Live’s game show and I’m very disappointed they canned it. If the Texas Heat shows are anywhere near as fun as the 1 vs 100 shows were; Xbox has dealt itself another winning hand.
Posted by Ken O at 8:27 AM