I have three Xbox 360 controllers in my house. The one I got three or so years ago when I bought my original 360, a red one for my wife when she wanted Lego Harry Potter, and a new black one I got when I upgraded to the slim Xbox. I still use my oldest controller; it’s the most comfortable to me. Even though my thumb has worn the rubber off the left analog stick it still works fine. Even if it didn’t, I have two pristine controllers that I could switch to. And yet, I know at some point I’m going to end up buying a Razer Onza.

The most ridiculous thing about this obsession, besides having three working controllers, is that I have no need for something this complicated. One of the first features is that it has two programmable buttons under the normal shoulder buttons. These Multi-Function Buttons can be set to perform the same task as any of the other buttons on the controller. Want the start button or analog button easier to reach? You can do that. Let me stress the “You can do that” line, because sadly even if I had the controller I probably would never get around to setting up the MFBs. 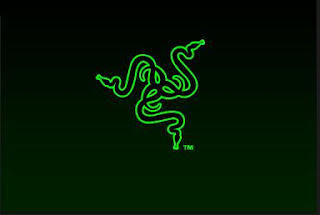 Onza also corrects one of the biggest complaints about the 360 controller. The D-Pad has given fighting game fans fits for years. So Razer spent extra time working on what they are calling precision directional buttons. You can’t really get much worse then the Xbox’s, so these have to be an improvement. Sounds great doesn’t it? I can’t think of a single game that this will improve my gaming experience on. The only games I have that even use the directional buttons only need a quick press in a single direction. I’m not trying to throw fireballs or dragon uppercuts. So much like the MFBs, I just don’t see this improvement helping me much.

Despite just writing out all the reasons I don’t need one, I still want it. Now I know I’m a little Dragon Age obsessed right now, but I can say with 100% certainty that this obsession is not because they just released a DA2 version of the Onza. Honestly they almost had me too. The first time I saw it last night I got excited. Then I saw Hawke on the right side of the controller. Totally buzz kill. Had they left him off and just included that bloody red splatter I’d already have it pre-ordered. I don’t want pictures of people on my controllers; I guess I’m weird like that. So know I’ll just continue to stare at the normal (and cheaper) version knowing that at some point I’m going to break down and order something I totally don’t need just because it’s shiny.
Posted by Ken O at 8:54 AM