It’s Hangover Thursday, how’s your head? When I was talking about EverBeer I mentioned that I had a chance to sample a few different kinds of moonshine. These were the kinds that could be used to strip paint off your walls, but most of them did have a taste besides the burn. An interesting thing is starting to happen though; over the last few years moonshine is getting popular. Not just at Civil War reenactments either, I mean really popular.  Note: that wasn't a slam against Civil War reenactments; I was at one the first time I tried shine. 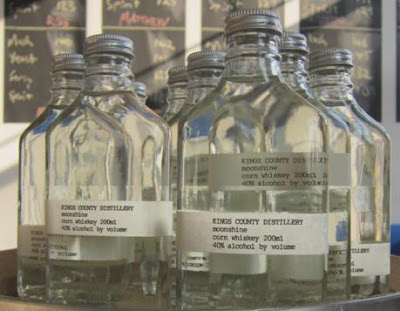 There are numerous sites that not only will give you instructions on how to brew your own shine, but they’ll sell you everything you need to do it. Fermentation buckets, heat sources, connectors, etc... It is all easily available. Don’t want to build it yourself? You can order the entire still. The mail-order stills come in all shapes and varieties. Some of them look like they came from There I Fixed It and others look like they were designed by Keurig. 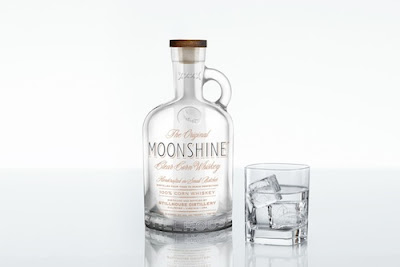 Before you jump into it, making your own shine is technically illegal. You could legally make your own wine as soon as Prohibition ended and it’s been legal to home brew beer since 1978, but making your own spirits is still frowned upon. Popular belief from home brewers is that it remains illegal because of how highly liquor is taxed (32 percent of the purchase price is tax). So brewing your own is stopping that money from going into Uncle Sam’s pocket. But it is not illegal to own a distiller because you could use it for things like purifying water or making essential oils. 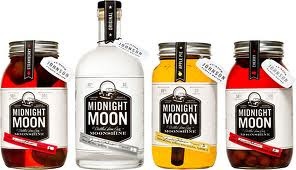 That hasn’t stopped companies from starting up their own moonshine stills. Junior Johnson’s Midnight Moon, Kings County Distillery, Stillhouse Moonshine and many more have started selling their own brand of moonshine. These retail brands are still clear corn whiskey made in copper stills but then they go ahead and refine the process so it isn’t as harsh. You would have to do a lot of drinking to go blind on these; they usually are around 80 proof. I have to admit I haven’t tried any off the shelf moonshine, but it is only a matter of time before I do. Especially that Midnight Moon, some of that just looks interesting.


A special CYA message for today's post. None of the links in today Hangover Thursday go to any of the home brewing stuff, just the commercially available shine sites. Same with the pictures.
Posted by Ken O at 8:05 AM