It’s Hangover Thursday, how’s your head? I was at the bar last night watching the Lightning game so I’m dragging a little this morning. Today we’re going to be talking a little bit about home brewing. I’ve always thought about home brewing, but it seemed like a lot to do when I could pick up a six pack at the store. But that idea has always lingered in the back of my thoughts; I would love to someday hand someone a bottle of F’ing Monkey beer. And then I found the WilliamsWarn Personal Brewery and fell in love. 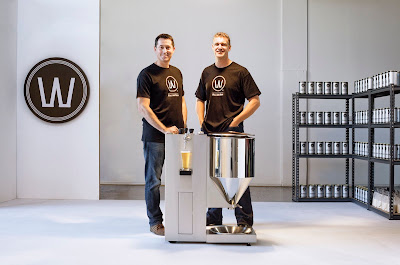 Ian Williams and Ander Warn are two visionaries from New Zealand. They spent 6 ½ years working on the product you see above. Before we get into the “how”s and the “why”s here, seriously just look at that thing. I want to hug it, lick it, and whisper sweet nothings to it. The design of the Personal Brewery is done so well that it just looks impressive. It should look impressive though, it’ll cost you $4, 558. I think that places it just outside my price range.

So we know it looks good, but what does it do? First the stainless steel pressure vessel allows to the beer to be carbonated in the first day of fermenting. It holds that carbonation the rest of the brewing process. This pretty much combines two separate steps in homebrewing and saves you some time. The entire system is temperature controlled, so the beer will be exactly where it needs to be in each step. The sediment removal system lets you remove the yeast and other sediment without transferring the beer to another tank.

There is also a built in clarification system that makes sure all that beer haze and left over yeast get pushed down to the sediment removal area. To make sure the beer doesn’t go flat after you start pouring them, the Personal Brewery has a gas dispense system. So your last glass from the batch should taste just as fresh as the first. Speaking of pouring, the tap is flow controlled so you can adjust it to pour at the correct speed for the type of beer you’re making. That will stop you from getting a glass of foam. 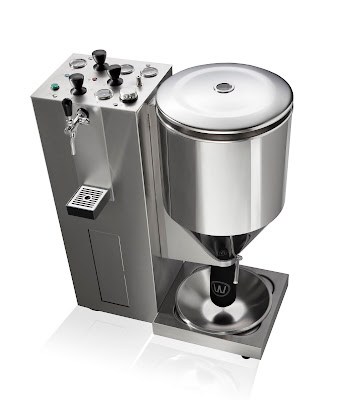 Pretty damn neat isn’t it? They are mainly selling it in New Zealand right now, but plan to expand to those countries where it isn’t easy for people to buy beer. These guys are doing good work and we here at F’ing Monkey salute them.

In non-beer related Hockey talk. Both the Red Wings and the Lightning are moving on to round 2! Playoff Beard pictures will be taken tonight, expect to see them on Saturday’s update.
Posted by Ken O at 8:20 AM